The billboard shows a man cowering and covering his ears as a woman stands above him shouting aggressively.

‚Policies should be built on facts rather than bound by ideologies.’ – CAFE president Justin Trottier

The billboard is the work of a group called the Canadian Association for Equality (CAFE) which, at a news conference on Tuesday, said it wants to „shine a light” on the male victims of domestic violence.

Such victims, „don’t look like the stereotype of what a victim is supposed to be,” said CAFE president Justin Trottier.

He cited as examples victims in same-sex relationships and men victimized by their female partners. In addition to the billboard at Davenport and Avenue roads, the group hopes to spur discussion about the issue using the hashtag #LetsTalkMen.

CAFE cites a 2009 Statistics Canada survey that found an estimated 601,000 women and 585,000 men were victims of spousal violence. 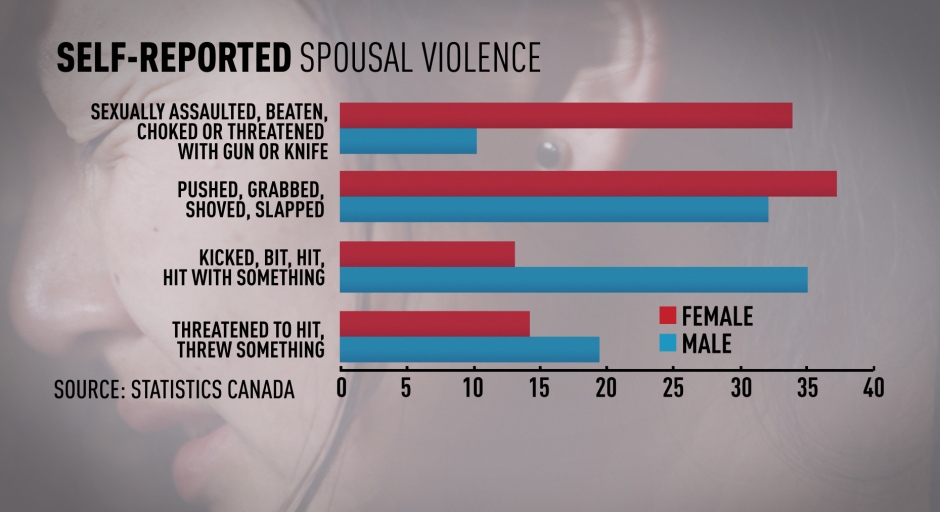 But that stat is based on self-reported violence. And the same study found women were more than twice as likely to report injuries, and that women report more serious violence — being sexually assaulted, beaten, choked or threatened with a gun or knife.

„Women are more likely to experience violence in an intimate relationship [by] many, many times,” said Todd Minerson of the White Ribbon Campaign, a group that organizes men and boys to take action against violence against women.

The billboard appears less than a week after Ontario Premier Kathleen Wynne announced a plan to combat sexual violence and harassment in Ontario, and the CAFE campaign has been critical of Wynne’s efforts.

“Initiatives to combat violence against women are necessary and praiseworthy,” said Trottier. “But policies should be built on facts rather than bound by ideologies.”

Today the premier said evidence shows that almost all sexual violence is perpetrated by men against women.

„This is the one that is the most urgent, pressing issue and that’s what the evidence shows and that’s where we’re starting,” she said.

CAFE says it plans to start a shelter for male victims of domestic abuse.